SHERRILL, N.Y. – Many of us have a renewed sense of purpose in our purchasing and are making conscious decisions to seek out and buy American made products. We all know this is important but there are aspects of why it is important that go beyond supporting our economy and manufacturing employees. The “value” of Made in America means far more.

Careers not just jobs – For the past 30 years the United States has been transforming from a manufacturing based economy to a more service based economic model. Manufacturing is now about half of what it once was in terms of percentage of GDP. One of the catastrophic impacts of this transition has been the quality of jobs that “middle class” Americans have. Lower wages, less benefits and less hours are all ways in which the quality of our jobs has deteriorated. Workers who in the 1980’s used to make good middle class wages with full health care, retirement pensions, overtime and incentives are now working at Walmart 30 hrs per week at half the wage with little or no benefits. The Coalition for a prosperous American “CPA” just began publishing the much rebound “Job Quality Index”, click here for link. Many of us understand that buying American made products not only creates jobs for Americans but it also creates good jobs with benefits and a career path for those individuals as we rebuild our middle class that has been devastated by offshoring.

Environment – It is not only low wages that has driven production from America to China, Bangladesh, India and other places. 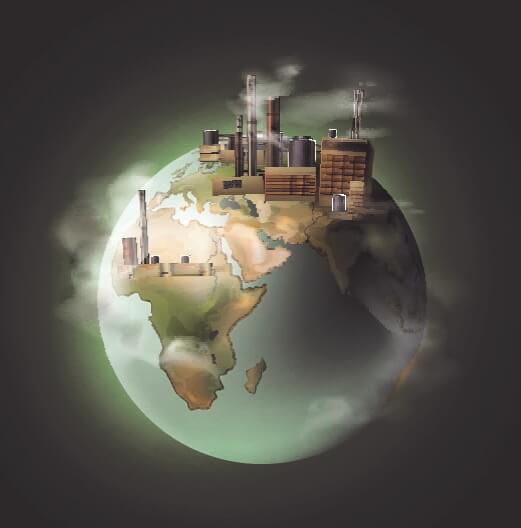 Environmental standards and the ethical treatment of our air, land and water also play a huge role in the cost of production. Manufacturing facilities in the United States and other advanced economies are required to follow stringent rules and regulations regarding our environment. In other countries, such as China, these regulations are either nonexistent, subject to circumvention due to corruption or simply not enforced. Why does it cost so much less to make a toaster in China? The simple fact is that in many cases the lower cost associated with lax environmental regulation and enforcement is more significant that the labor factor. If you are concerned about the environment this should perhaps be the number one “value” proposition of made in America on your list. If you have not done so already, a simple google search of “pollution in China” will open your eyes to just how horrific the situation is in what used to be one of the most beautiful areas of the world.

Products that are safe for you and your family – The first time I heard it I have to admit that it was never anything that I had considered to be of great concern. I soon realized that our customers at Liberty Tabletop were on to something that all of us should be very concerned about. The question was; where is the steel made? Having started out my career in the steel business I do have quite a bit of knowledge about the stainless steel manufacturing process. 99% of the time, in steel mills large and small all over the world, the process starts out with scrap metal. The source is often industrial side cuts and scrap from a controlled process. Other times it is literally recycled metal from junk. Here is how it works here in the United Sates. We have a scrap dealer who is under contract to pick up our scrap, waste from the process which is 100% recycled. They pay us based on the “quality of our scrap” which means we take great care in segregating by grade and making sure there are no contaminants in the load. The first thing that happens when a load of scrap hits their yard is they hit it with a geiger counter to make sure there is no radioactive contamination. They then use a spectrum analysis gun to verify the grade of steel in the load matches the manifest. The process is basically repeated when a load of scrap arrives at an American steel mill. In Europe they follow a similar process. In China, India and other places not so much. I then understood why our customers were concerned about the metal that their flatware was made with. A product that they were literally putting into their mouth dozens of times per day. If you think this issue through for the hundreds of products you have in your home from aerosol cleaners to zinc plated screws it really starts to hit home. What is the “value” of American made when it comes to the health and safety of your family? I find it hard to even begin to put a price on that.

Fair and ethical treatment of employees – About 9 years ago I was asked to go on a site seeking mission to San Pedro Sula, Honduras. While this is not even remotely close to the nastiest places on earth to live and work it was an eye opening experience. What we encountered was basically a few very rich folks who lived like emperors and millions upon millions of poor workers living in filthy drug and violence infested slums. The closest thing that I could relate it too was the movie “Slumdog Millionaire”, which obviously took place in India. In Honduras, workers would be bused daily from the slum to the factory where those lucky enough would have a job that made everything from automobile wiring harnesses to underwear. The wages were under a dollar per hour. They were the fortunate ones. The situation was so bad that the person from the government economic development agency actually asked us if we could help get her and her son a visa to come live in the United States. Sickened by what we saw we went home the following day. From this personal story to the news about Foxconn in China, maker of your i-Phone, where they had to put suicide nets on the factory windows, it is clear that the ethical treatment of workers is a huge problem that goes far beyond just wages. It is another reason why things may cost a bit more to make here in America and the same thing costs a lot less to make in other parts of the world.

So far beyond just creating another job in the United States, many feel that there is far more value in the Made in America brand than just the pure economics. As Americans we pride ourselves on making decisions that are responsible in terms of society, the environment, and our own personal health and safety. The Made in USA brand has far more meaning than the sticker price. Hopefully more and more of us will start to see it that way and support the Made in America brands whenever possible.

Liberty Tabletop and Sherrill Manufacturing will be at Made in America 2021 in Louisville, KY Oct. 1st-3rd!