American Companies You Didn’t Know Were Owned By Chinese Investors

While you may think the classic American brands you see every day are entirely domestic, many are actually owned by Chinese investors.

The United States is home to many iconic American brands that dominate the global market; However, while these brands may seem All-American, even they have important stakeholders all over the globe. Keep reading to see which U.S. giants are backed by foreign conglomerates.

Popular cinema company AMC, short for American Multi-Cinema, has been around for over a century and is headquartered in Leawood, KS. In 2012, Beijing-based Dalian Wanda Group became the majority stakeholder, giving them the power to make decisions at the executive level. Wanda invested $2.8 billion in the historic deal. 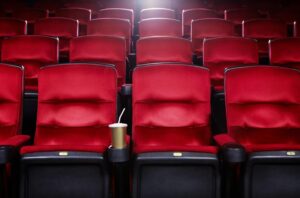 As the largest cinema company in the world, AMC is owned by several investors. In 2018, Silver Lake Partners of Menlo Park, CA made an investment of $600 million, giving the company some executive power, but still much less than Wanda.

When asked if they would help AMC while it struggles through the Covid economic crisis,  Wedbush Securities analyst Michael Pachter said:

“They ‘could,’ but it would require cash outflow from China to a foreign business, and Wanda was limited in its ability to further invest by the Chinese government a couple of years ago.”

Thus, AMC will struggle to stay afloat for the indefinite future without help from its Chinese investors. 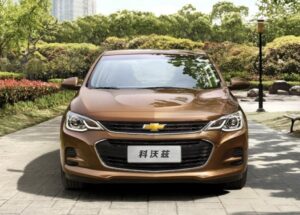 Based in Detroit, Michigan, General Motors is known as America’s largest automobile manufacturer. While the company isn’t owned by a Chinese company, it relies on its partnership with Shanghai Automotive Industry Corp (SAIC) to stay profitable. In 1998, the two auto giants teamed up to form SAIC-GM, a Chinese brand with a 6 million square-foot facility in Shanghai.

While GM is still extremely popular in the U.S., its extra sales in China through SAIC help to bring in revenue regularly. 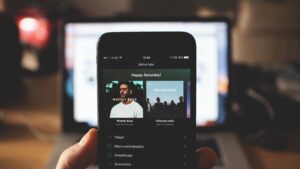 Originally a Swedish company, Spotify now has headquarters in multiple areas across the globe including New York City. While its CEO and founder holds a large percentage of the company, Chinese investor Tencent Holdings Limited LLC bought 10% of the company back in 2017 while Spotify bought 10% of Tencent’s holdings.

At the time, Spotify wasn’t strong enough to make it in the Chinese market and needed some help to break in. This isn’t the only time that Tencent will be featured on this list–they can spot a successful venture from miles away.

Snapchat’s founders never could’ve estimated the level of long-term success that the app would achieve. Just last year, the app counted a total of 187 million active users. Although it was created in 2011, it didn’t go public on the New York Stock Exchange until 2017. 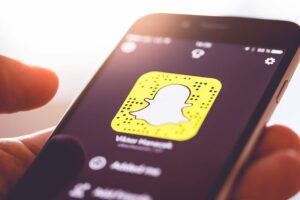 Unsurprisingly, its shares were incredibly popular–the company sold over 200 million shares at $17 and sold the rest to investors.

Although rival company Facebook offered to buy Snapchat for $4 billion, they opted out. Instead, Tencent Holdings bought a large share of yet another tech giant. The Chinese Investor owns about 14% of Snapchat’s shares.

Since 1919, Hilton has become a household name throughout the U.S. and other countries. In 2016, HNA Group, Chinese aviation and shipping giant, bought a 25% stake for $6.5 billion. This acquisition put two Chinese directors on Hilton’s Board of 10.

HNA has been trying to sell its share for the past two years with no success. 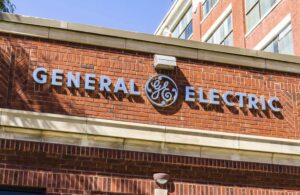 General Electric covers a wide range of industries and their appliance division is manufactured in the USA with global parts (and with domestic parts whenever possible). However, in 2016, Chinese investor Haier bought the company’s appliance division for $5.4 billion.

While all products are still made in America, the ideas are generated in China. It’s quite different from other American brands because GE has been around since 1892.

While investors don’t necessarily affect where a product is made, in many cases, they have a large influence in how a business is run and marketed. It’s dangerous when any large American brand is partially owned by Chinese or other foreign investors because they have greater responsibilities in their homeland. In the case of AMC, the Chinese investors are unlikely to help out during Covid due to domestic obligations.